A campaign to highlight the grass fire risk posed during warm summer months has been launched by firefighters in Northamptonshire.

Dangers of BBQ's on open land 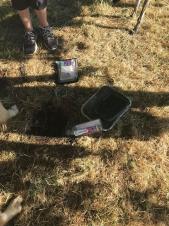 Just a reminder to everyone that having a BBQ on open ground is dangerous in this very hot and dry weather.

This morning a disposable BBQ was found in the large field past Pineham Lock The BBQ was under the oak tree and there was the potential for a glass fire and destroying the tree.

There was also a lot discarded food left lying around which a health risk to dogs and wild animals. 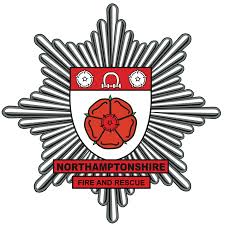 People urged to take care with bonfires and with the disposal of barbecues and cigarettes.

During the last week, Northamptonshire Fire and Rescue Service (NFRS) was called to 42 grass fires, 24 which were believed to have been deliberate and 18 which were thought to be accidental.

Causes of the accidental fires ranged from abandoned campfires to out of control bonfires and the careless disposal of cigarettes... Read More »

The Autumn issue put together by The Fire and Rescue Service, Northants Police and Highways covers Trick or Treating, Fireworks, Tyre Safety and Road visibility

This new, quarterly feature has been put together by The Fire and Rescue Service, Northants Police and Highways to keep the public informed about changes in the law and legislations, promote various safety campaign and to provide advice on safety related matters.